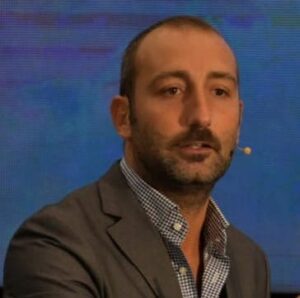 Claudio (PhD) is a social and cultural anthropologist with a background in economics and over 10 years of academic and industry experience. He is an international consultant in tourism development and urban planning, Adjunct Professor at the Department of Social and Cultural Anthropology at the Autonomous University of Barcelona, at the Department of Social Anthropology at the University of Barcelona and the Director of the Master’s program in Sustainable Tourism Management of Resources and Destinations at the Ostelea Tourism Management School, attached to the University of Lleida (Barcelona, Spain). Claudio Milano has been the Director of IDITUR Tourism Research Dissemination and Innovation Centre at Ostelea Tourism Management School and is currently Visiting Research Fellow of Urban Tourism at the Inholland University of Applied Sciences

Claudio holds a PhD in Social and Cultural Anthropology and a Master in Social and Cultural Anthropology (Cultural Differences and Transnational Processes) both awarded by the Autonomous University of Barcelona (Spain). He also holds a Master in Tourism Economics and a Bachelor degree in Tourism, both from the Faculty of Economics at the University of Naples Federico II (Italy). Claudio has been a Visiting Researcher at the University of Brighton, University of Lumiere2 Lyon (France) and Stockholm University (Sweden) and a Visiting Lecturer at the Federal University of Piauí (Brazil), the University of Naples Federico II (Italy), the Strathmore University of Nairobi (Kenya) and the University of Colombo (Sri Lanka). He has collaborated with the Barcelona City Council, European Parliament, Rotterdam Partners, CIDOB (Barcelona Centre for International Affairs) and has held positions in companies in the tourism sector, such as Siyaram Holiday Makers (Siyaram Group) in India. He has worked and collaborated as a consultant to international agencies on human rights, rural development and tourism in India, Peru, Senegal, Chile and Brazil.

Claudio has given invited talks and notes in events, seminars, and conferences organized by the European Parliament, City Councils and Governmental Institutions in Chile, Costa Rica, Ecuador, England, Hong Kong, The Netherlands, Ireland, Kenya, Spain and Sri Lanka. He is member of several international anthropological and tourism research networks and he is currently the Co-Deputy Chair of the Commission on the Anthropology of Tourism for the International Union of Anthropological and Ethnological Sciences (IUAES). His research deals with tourism practices and policies and their effects on urban and rural settings in Europe and Latin America. Claudio Milano has published widely on tourism anthropologies in international scientific journal.

Please confirm you want to block this member.

You will no longer be able to:

Please note: This action will also remove this member from your connections and send a report to the site admin. Please allow a few minutes for this process to complete.

You have already reported this .
Clear Clear All